Did polyamory kill my relationship? 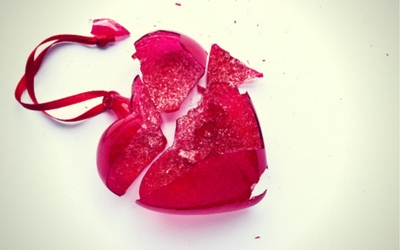 We were the perfect open-relationship-couple for years, being featured on television shows, in magazines and interviews. We proclaimed that jealousy is a teacher on the way, that fear is nothing to be afraid of and that the more people we love, the more love flows.

We broke up. And now questions are formed that can be summarized in this question: is this break up proof that non-monogamy doesn’t work?

I ask you: does a divorce mean that marriage doesn’t work?

Of course not. The single reason for this break up is that this relationship was doomed from the beginning.

When people are living an alternative lifestyle, it’s easy to blame everything that goes wrong on this particular aspect of their lives. When an innovative entrepreneur goes bankrupt it’s more likely to be considered his fault not having income, than when someone gets fired. When a gay couple raises kids that struggle learning or fitting in, these struggles are likely to be linked to the parents’ sexuality – whereas ‘normal’ parents might face the same challenges and completely different factors will be blamed.

About half of the nine years of my relationship was non-monogamous. Before opening up, struggles were considered normal and people reacted empathically. But during the non-monogamous phase, a reaction I heard regularly was ‘Well, that’s to be expected having an open relationship!’

Once I announced my break up, people bombard me with this one question: was it the open part of the relationship that caused the break up?

Just to put things into perspective: about 40% of all marriages ends in a divorce, and unmarried couples break up even more frequently. Statistically, the chance that this relationship wouldn’t last was about 50% already.

Of course I didn’t know my relationship was doomed from the beginning when I met him nine years ago. I barely understand it now.

It was love at first sight, he says. It was feeling safe at first sight, I say. We had been emailing for a few weeks, that day he travelled to my little student dorm. He stepped out of the bus, this tall guy, few years older than I and very different from the mechanics and farmers I grew up with, or the hippies and scientists I studied with. There was something about him. Something soothing. I felt something deep inside me relax. This should have been my first warning sign.

There are different types of people:

When you always feel safe, you have probably had a calm youth with parents who were physically and emotionally available when you needed them. You weren’t bullied too much, and likely you end up in a long-term relationship without too many struggles. Intimacy, whether in bed or in conversations, is no problem. You are, so called, securely attached.

But not all people feel safe. The reasons why these people are insecurely attached are numerous. Of course parents who were emotionally unavailable are a key factor. Other possible contributors are trauma or abuse, being bullied at school or a (grand)parent with a history of not-processed trauma who unconsciously passed things on. It’s not always very obvious.

This is where relationship dynamics start. Most people on the relationship market are insecurely attached (simply because the securely attached people already found each other and are living steady, calm lives without too much relationship drama). Someone with mainly an avoiding attachment strategy is likely to feel attracted by someone with mainly an anxious attachment strategy. A dance starts where the anxious person seeks confirmation and approval and feels insecure when it doesn’t come and as a result, requests more confirmation and approval (you might recognize yourself in the example where you sent someone a text message. No answer comes within the timeframe you find reasonable. You get nervous, think of all kinds of scenarios of why the other didn’t answer, often involving different ways of negative self-image. When you can’t take it anymore you send another text (or ten) trying to get a response, often with the result of chasing the other away). The avoidant person feels suffocated by the anxious person and takes a step back. The anxious person switches to an avoidant strategy and also takes a step back to not get hurt. The avoidant person now switches to anxious mode and comes closer. A never ending dance where both partners feel triggered most of the time.

And we don’t just find a partner that matches our attachment style. We often also find a partner that resembles the parent we struggled with most. Because it feels ‘safe’ and familiar. Because we still want to get that love and approval we missed as a child. If it’s not from our real parent, a substitute will do.

When I saw him stepping out of the bus that day and something deep inside my belly relaxed, I attached some hooks in him. He made me feel safe. When I told him how amazing he was, he attached some hooks in me. I made him feel self-assured. When I got pregnant and my body hurt, he told me he would take care of me and our child. I attached more hooks. He became my hero, my protector. He was so different from my father – I thought. But I put him in the same place. I always wanted my father to be proud of me. Something he never expressed. And so I started telling my partner about the things I did (‘Have you seen I cleaned the house?’ ‘Have you seen the responses to my article?’). He approved or disapproved. More hooks.

As a child I was always afraid to make my father angry. I never ever wanted to fight with my partner, as he now had the position of my hero and savior. I let him make decisions to avoid discussions. Small decisions (the choice for dinner) and much bigger ones (which car or house we would buy). As long as I didn’t take any risk of upsetting him. I grew smaller and smaller, the hooks took more and more hold of me.

If we had never become aware of the hooks we attached into each other, this relationship might have gone on for a long while, making us both almost invisibly but gradually unhappier. But we started to realize how codependent we had become towards each other. And it didn’t feel good. I saw how I put him in the position of a father, and how I took the role of a mother towards him. Not very sexy at all. As we slowly started to untangle the mess we’d made, we started to encounter frustration towards each other: our inner children were afraid to not feel loved or seen anymore. We worked with it, digging even deeper into it all. And we found out that, actually, we were not the person we wanted to be with.

Now that I’m able to provide myself with that safety, my desires for a partner have changed completely.

The influence of non-monogamy on my relationship

So was non-monogamy (or polyamory, or an open relationship) of no influence at all? No, that’s not true either. I see non-monogamy as a catalyst for bringing to the surface what was already there. I wanted safety in this relationship. The hooks I deeply anchored into my partner became clearly visible when he was with another woman (providing her with safety and taking it away from me). It felt like going through hell – until the moment I could parent myself, and guide myself through deep emotions. I found out something very interesting in those moments: my emotions were almost never caused by the actions of my partner. He merely triggered old childhood pain I deeply locked away. I managed to be thankful for these triggers, as they clearly guided me to release – and freedom.

Of course I scanned nearly every new man I encountered whether he could be an even better hero for me. Of course I ran away from things that frightened me too much in the relationship with my partner and I try to fulfill my desires elsewhere instead of facing the dirt.

Non-monogamy has helped me gaining insight into what was happening in my relationship. It created clarity and insight into the attachment patterns and relationship dynamics in play. It speeded up the process that lead towards the break up.

But the reason for this break up is that, right now, we were making each other unhappy and going solo is the more exciting path towards growth. I keep accidentally saying breakthrough instead of breakup. And maybe that’s the best way to describe what has caused this breakup.

Do you want more SEXY STUFF? Sign up for my newsletter to be the first to know about new project (and they’re coming!) Also check my calendar for upcoming events in Europe!

Do you (and your partner/s) want personal guidance on your path in non-monogamy or other aspects of your life? I am worldwide available for coaching sessions, talking e.g. about challenges, what to do when your needs and desires differ, or how to deal with jealousy and fear. Contact me for more information and booking your session.