I’m in Love with a Woman 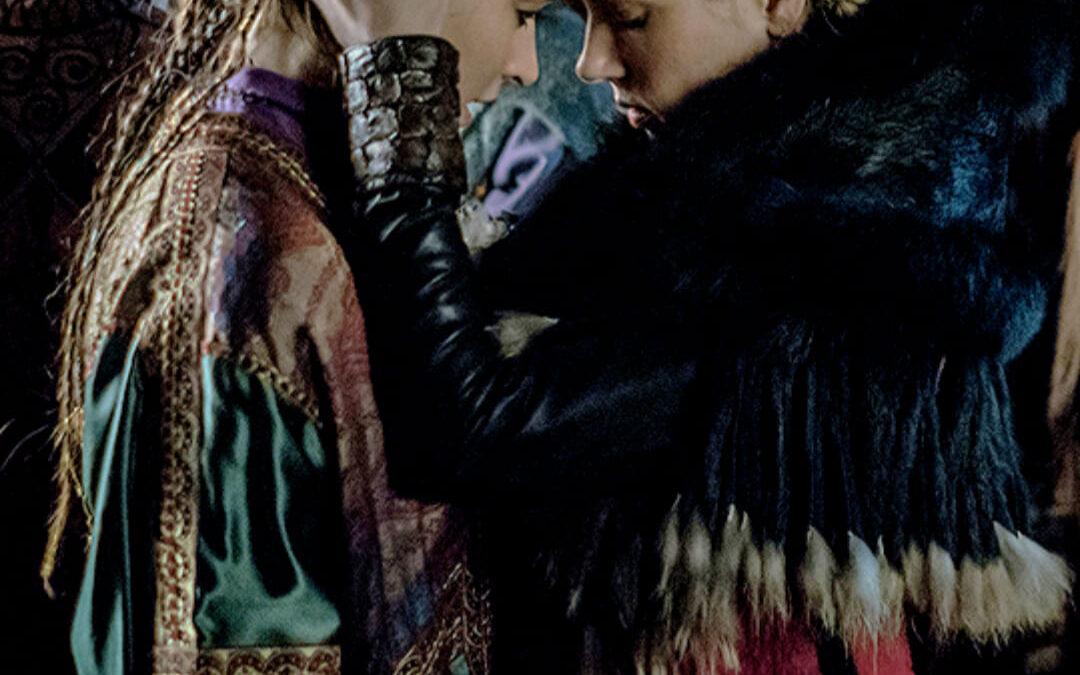 When I was young I considered myself very much a heterosexual. Being bullied and having a complex youth, I tried not to deviate from the norms as much as I could to make sure I was as invisible as possible. My best friends were my horses, and besides a bit of kissing boys here and there, relationships terrified me. As a student, a dear friend told me she was convinced I wasn’t straight. I got angry with her. Of course, I was straight.

Many years later I kissed a woman for the first time. It was in Norway. I was sitting on the lap of my dear friend Steve, and this gorgeous young lady walked in. I had talked with her a few times in the previous days. We were some of the few women who were at this conference about human interactions. Steve noticed I liked her and invited her over to us. She flirted with me, and the next thing I knew is that we were kissing. A few nights later I needed a place to sleep, and she offered me a spot in her bed. I remember I held her all night, barely breathing to not wake her up. Tender and delightful memories!

Over the years, as I explored non-monogamy, I related with couples several times. I had wonderful experiences with women, and sometimes the honour of holding a woman in my arms throughout the night. But I never related one on one with a woman.

Until Lione. She reached out to me on a dating app some months ago, en kept reaching out through messages for months. When I do not have the mental space to meet people (as a chronically fatigued introvert that happens quite often), I often don’t have the capacity to keep connecting and get to know new people when we don’t meet. Not having time and capacity to meet, this often is a predictable end of something that never had a chance. But I wanted to stay connected to Lione. Our messages touched me in a new way. She flirted with me, but in a sophisticated, intelligent way. She was clear in her desires but never pushed me.

A few months ago we both had a few hours spare in Utrecht, and we spontaneously met for dinner. I remember looking at her as she walked into the restaurant to pay our bill, being in awe of her beautiful, tall appearance with the bundle of dreadlocks on her head and tattooed ear.

I was in another (open) relationship for over a year at that moment. Although I felt interested in exploring relating with Lione, my polyamory apparently makes it complex to be that much in with multiple people at the same time. I like to have an anchor. One person is my main partner, with potential space for others that can come very close. But the partner that I had didn’t match the needs that I have with a main partner. We talked about it and renegotiated that relationship (remember that video?). It worked for a bit until it didn’t work at all anymore. I didn’t feel included enough in their life despite sharing for many months what it was that I needed. A weekend of boundaries crossed and feeling excluded resulted in an abrupt end of that relationship. I felt angry and sad. But it also created space for what has been building up slowly with Lione.

My love life is a bit of a turbulent storm, (my therapist calls it “attachment challenges and a desire to surround yourself with love”. I would add intergenerational trauma to that as well.) and in all honesty, I don’t see myself writing an article on how to have the perfect relationship over the decades anytime soon.

But I’m here now. Relating one on one with a magnificent woman for the first time in my life. We make jokes that I’m not a pansexual who’s a bit gay, but a gay who’s a bit pansexual. I think I’m just not that good with any label. Whether that label is bisexual, woman, polyamorous, neurodiverse, survivor, or whatnot.

This relationship is brand new but teaches me so much already. So far, relating with a woman feels easier and simpler than any of my relationships with men or male-bodied non-binary folks have ever felt, even though we’re both quite the handful. This is the first female body that I have spent this much time with playing and discovering, and it feels so easy and familiar – and fun!
The thing I have to get used to most is the image of myself. Whenever I would picture myself with a partner, it would be a man. Now I see me and her – very much a woman. I have many giggly moments with myself where I think: ‘I asked for a Viking as a partner – but I never imagined them to look like Lagertha!’

I feel grateful for my rich life. I’m curious about what the future has in store for us. Those who come to my workshops may have met Lione – or may in the future. This woman accepts me totally for all that I am and celebrates what I bring to the world with enthusiasm. Do I feel afraid of what people will think of me, suddenly having a woman at my side? Those who know me well will not be surprised – at least, so far they don’t seem to be. Maybe my family or folks from my past may have their reservations. I sit with the feeling of not knowing and a bit of uncertainty. Let’s see how it goes. We are taking the feelings of those close to us (including a whole bunch of kids) into consideration, and celebrating aloud at the same time.

Photo description: screenshot from an episode of Vikings where Lagertha and Astrid hold each other lovingly.