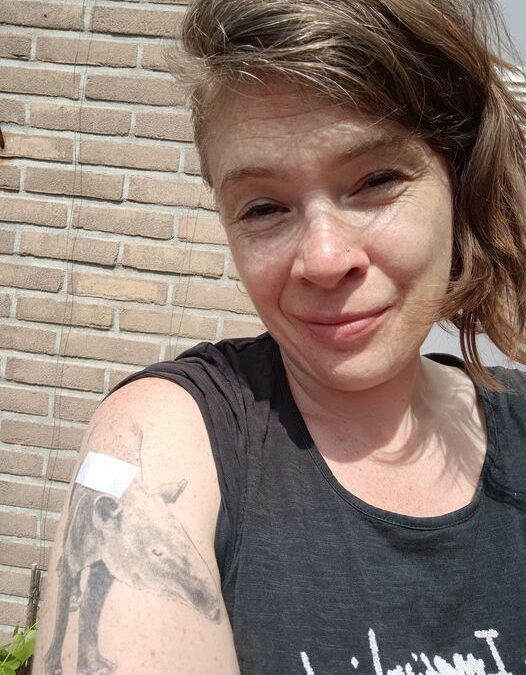 HPV is considered an STI in some countries, but not in others. As more research is done, more is known and measures are changing.

HPV is a virus that can cause warts and different kinds of cancers. Most people get it sooner or later, and in most, it doesn’t manifest.

New research shows that vaccination after becoming sexually active (and being exposed to HPV) had positive results too. If you have had bad PAP smears (and when you had one, you have an increased risk of getting it again), vaccination might reduce the chances to get it again.

Knowing this, and knowing I’m sexually active with multiple people as I choose to live in a non-monogamous way, I decided a year ago I wanted to get vaccinated against as many HPV strains as possible. I have had bad PAP smears for years, resulting in a lys in 2015 (this is where they take a piece away from the cervix) and nearly another one in 2021. I asked for 6 months’ time to hope my body would resolve it. I drank loads of antiviral teas and used ravensara suppositories and hoped for the best. Six months later, much to my own surprise, the PAP smears were perfect, and the HPV itself was fully gone too.

I started the vaccinations right away. I chose Gardasil 9, simply because it protects against most strains. Today I got the third and last dose. Hopefully, the HPV will stay away forever.

Using c0ndoms decreases the chances of spreading HPV somewhat (I believe with 30%) as HPV isn’t necessary only on the genitals themselves, but spreads through the genital fluids that may spread outside of barriers.

Men can’t be tested for HPV as far as I learned (but they can, and like are the main source, for spreading it!) Women can, but it may be an expensive test that’s not covered by health insurance in your country. Both men and women can be vaccinated, which reduces the chances of spreading it to all of us.

*Sorry for the heteronormative wording in this specific post, I do it to explain medical risks and data.