I’ve always had this mad hunger for life. Ask my friends to describe me and they will say courageous, adventurous, wise, and with a huge, loving heart. They may say I’m a little crazy too, with an urge to wake people up, and do what it takes to support them to get where they want to be – even if that needs some gentle provocation or bold confrontation (always respectfully and consensually of course).

It wasn’t always like that. I grew up in a small village as an extremely shy and insecure person. I spent my lunch breaks in high school walking around, feeling too shy to join others. I didn’t dare looking anyone straight in the eye.

Men scared me. Sex was something I kept myself far away from. I hated my looks so much I hadn’t been to a swimming pool in five years. So how did I end up on a TEDx stage speaking about intimacy?

“You have a rare gift of bringing many different people together and seeing the most beautiful in them.” – Irina They say what makes the difference between people who can make a change and those who don’t, is having someone who believes in them. I was lucky enough to have a few of those in my life.

When I was 18, I felt determined to make a change. I moved to another city, started my studies Forest and Nature Conservation, and combined that with traveling around the world in service of a world-wide organisation of forestry students. At age 21 I became President of this organization called IFSA.

Towards the end of my study I met my first boyfriend, got pregnant four months after meeting him, moved to the other side of the country with him and my horse, and gave birth to three daughters within four years.

I started my business in 2011 as a certified Quantum Touch therapist. In 2013 I started my blog, participated in my first tantra workshops (as organizer and assistant), and put my first steps into the world of conscious kink. In the following years I followed, organized, and assisted numerous workshops in the field of tantra, kink, shamanism, healing, and all kinds of bodywork. I took several practitioner trainings (a.o. Like a Pro with Betty Martin and professional dearmoring with Susanna Roursgaard) and closely worked with the best teachers I could find. With trial and error as well as with support of business coaches I learned to set up a successful professional business in intimacy.

“With her work, Wilrieke really makes a difference in this field of offers around embodied intimacy. She takes you on a journey, step by step. It made me experience feelings and emotions in a way that I always longed for, but had never found in a workshop setting before.” – Mirjam

We are never done learning. Each year I invest in my journey. I take trainings, am part of a mastermind group, ask for intervision and supervision, keep up with science as well as the business side of things.

Besides my solo work, I co-create with some of the best intimacy teachers in the world. There are few things that nourish me as much as witnessing and guiding a room full of people into exploration!

I love sharing about my path. Since 2013 I have been in all kinds of alternative relationship styles, and shared openly about it on my blog, podcasts and the mainstream media.

“Wilrieke is a unique facilitator who knows how to create safety. She helps to create an inclusive, vulnerable and empowered new world by teaching people how to feel into their bodies, communicate their boundaries and act on their longings and needs. Magic guaranteed! Wilrieke’s workshops come highly recommended if you want to grow as a person, with all that you are.” – Joanna 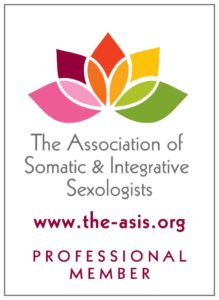 Do you want to learn the one secret that helped me let go of the idea that I am too much, too
overwhelming, too big, too needy, too etc?

When you sign up I will teach you the mantra that reprogrammed my mind, and helped me feel
precisely enough.