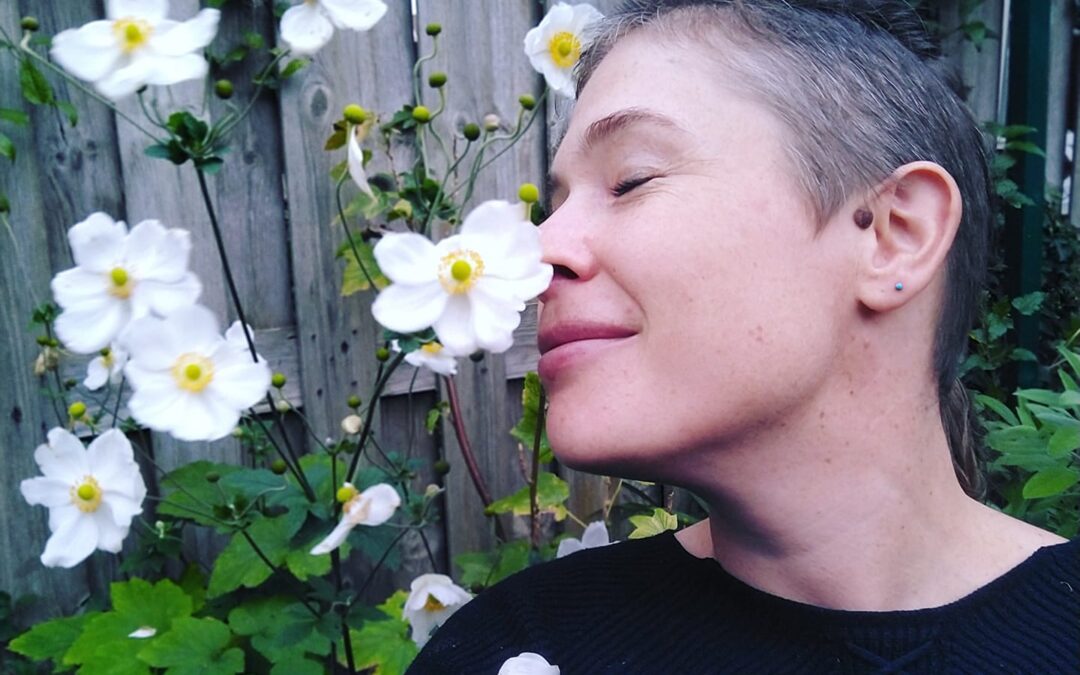 Some connections are best as friends. Friendship can be a nourishing, complete, intimate, and healthy way of connecting. But sometimes, putting someone in the position of friend, i.e. ‘friendzoning’ someone, can come from a place of insecurity. Let me share with you a story about exactly that.

We met about five years ago. It was the first cacao-ceremony I ever attended, led by Ruby May in the legendary Club Lite in Amsterdam. An image from a gone by past that feels like a dream.

I remember the bitter taste of the ceremonial cacao, the rush of energy to my heart, and endless dancing afterwards. Colors were more vivid, I saw my body covered in flowery dresses and all kinds of patterns tattooed on my arms. In that dance I remember I saw this beautiful man dancing in the space. Tattoos (not the imaginary ones) covering his arms. His hair bright blue, he stood out, and caught my attention for more than just a moment.

Brave because of the cacao, I dared to move closer to him and engage in a dance. It’s a while ago, but I remember the dance was beautiful, intense, lush. There was a strong connection and I felt the impact. The timing was complex: I was in the final months of the relationship with the father of my children, as well as ending things with a lover I had been close with for two years, whereas my other lover just embarked on world travel for at least a year.

We stayed in contact though, this blue-haired man and I. I considered him a friend. He helped me with some work I needed translated, I took him to a spa as a thank you in return, he visited me when I got my little house in the forest, and so it went on until the last time we saw each other, about two years ago.

A few days ago we met again. After running into each other online I noticed a desire to see him again and hang out. Friends catching up over tea – or at least that’s what I then thought. Since that first dance I never felt sexually attracted to him. He was firmly friendzoned. A safe connection, that didn’t require too much of my vulnerability.

I had learned about myself that in the past when I was insecure and shy, and convinced people didn’t really like me, I always was afraid to say ‘no’ to invitations from men. I believed I needed to be happy with what came my way. So I said ‘yes’ from a place of scarcity and fear. When I realized how I kept crossing my own boundaries in relating and dating, I learned to say ‘no’. It was helpful: saying ‘no’ only distanced me from people I wasn’t a match with anyway, and with others, the connection just became closer, whatever the flavor of that connection was. But then my ‘no’ became my refuge as well: whenever I would feel vulnerable, I would use my ‘no’ to keep people at a safe distance. I wanted to bring balance again: could I say ‘yes’ to what felt scary and close, but also desirable?

“We don’t see things as they are. We see them as we are.”

“We don’t see things as they are, we see them as we are.” This quote, made famous by Anaïs Nin is stuck in my head since that moment on the couch. Right then and there, I saw this man sitting next to me. His hair still blue, his arms even more tattooed. But as the hours passed I started to notice my thoughts and the way I saw him differently. Very slowly first, a lot faster later. His face looked different. My body felt different in response to him. Carefully interested, excited.

Much later, when the intense wave of enthusiasm calmed down, he held my hands as my heart ached, and I closed my eyes to feel what was happening. Sadness overwhelmed me, as I saw the timeline of our meetings pass before my mind’s eye. I saw all the moments where I created safety by friendzoning him. By putting our connection in a safe box that wouldn’t feel too close. A strategy that I used in many moments in my life, in many moments in my older past where a boy would offer me kindness and I ran screaming. A strategy that also made me go after men who would not offer me love and kindness, but distance and unavailability.

This man, now here in front of me, told me he had felt space for this way of connecting with me before, but also noticed how I was not be available. He chose not to push anything. It felt as if he had kept open a space of closeness where I could choose to step into – or not. Until now I never had.

I friendzoned him. Not because I didn’t like him, but because I did. I gave our connection that label because I was afraid of feeling anything else. What it took for me to open up to more of the possibilities of this connection was time, trust, and letting go of my own safety measurements of distance, allowing myself a bit more to feel desired and loved.

If you are being friendzoned by someone you rather have as a lover, never push them. It will probably create distance and not closeness. I know that if this man would have tried to come closer, tried to fill the space between us himself, I would have taken distance and not have come back.

If you notice you have friendzoned someone you actually think you may like in a different way, be gentle with yourself. I could not have been anything else than friends with this man the moment we met, as I was going through a tough phase considering men, abandonement and hurt. My heart was healing, and not in a space to welcome anyone new. Maybe you, right now, need this person to be a friend more than anything else.